On Being Gay at Palmer Memorial Episcopal Church

Posted by Jeff Bohanski and Victor Lamas on June 19, 2017 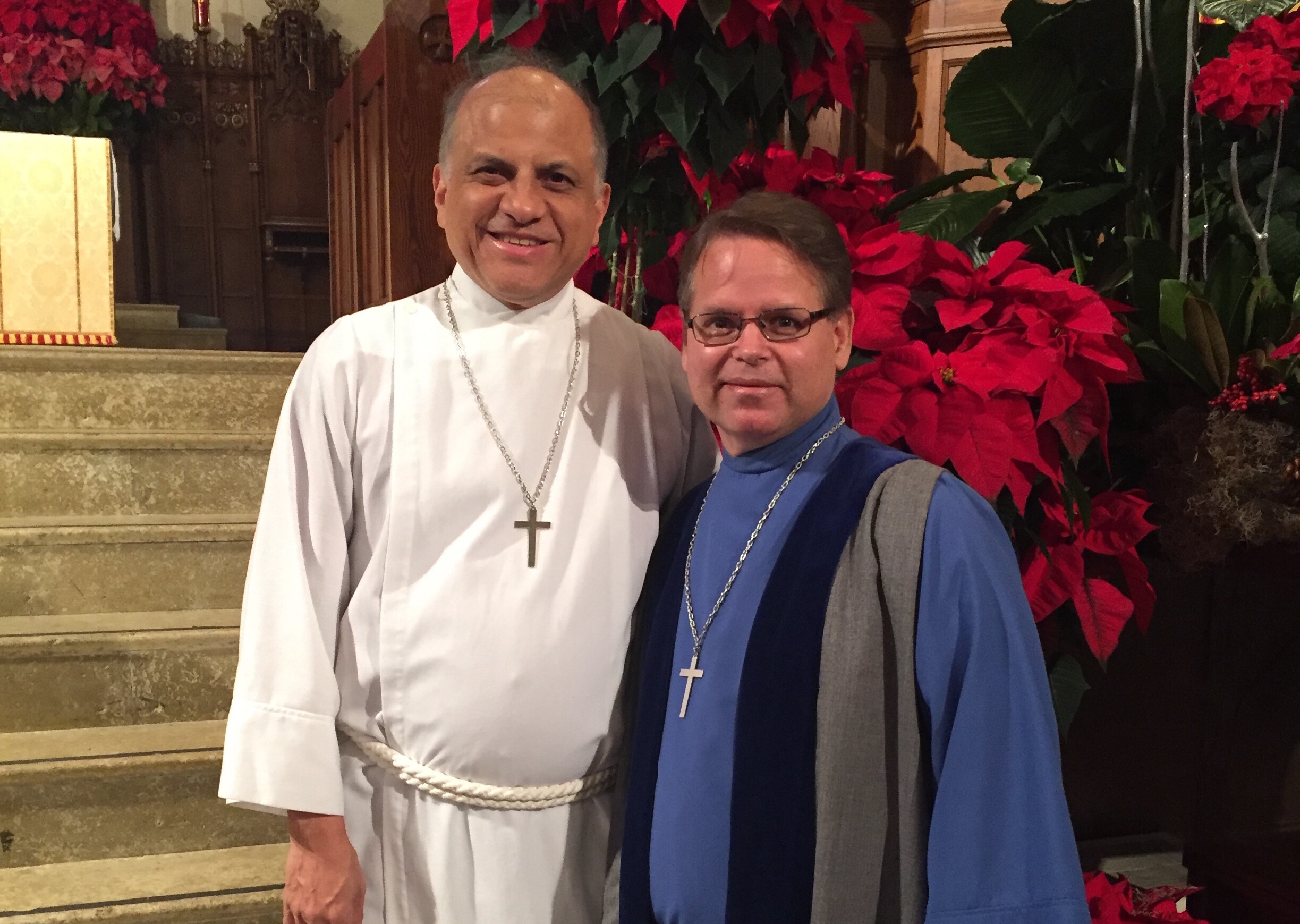 We first came to Palmer Memorial Episcopal Church over twenty years ago at the invitation of friends. At that time we had no intention of leaving the church we were actively involved in. During the sermon delivered that day we heard the priest say all are welcome and all are God’s children. He then listed the categories of what was considered as all God’s children. The list included gay and lesbian people. It was the first time we ever heard gay and lesbian people included in the list of God’s children. We looked at each other with great surprise and happiness and knew we needed to look closer at Palmer as our new home for worship. After the service, we saw those words put into action as we were warmly welcomed by the congregation. We were never introduced as “our gay friends, Jeff and Victor,” but simply as Jeff and Victor.

A few years ago we were legally married. On the first anniversary of our marriage we gave a donation for red roses to be placed on the altar for a Sunday service in thanksgiving for this important occasion. Some feared we would hear adverse comments and negative calls to the office. No calls were made and all comments were of good wishes and celebration.

One of Palmer’s strongest attributes is the way diversity and equality is a part of regular life in the parish. One is called to ministry by the gifts one is given, not by one's sexual orientation. We have been asked what it is like being a gay person at Palmer Memorial Church. The answer is that being gay is a nonissue. It is a charism of God’s creation.

We are blessed and proud to be a part of Palmer Memorial Episcopal Church.