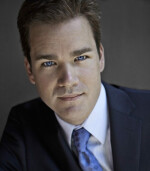 Ken Cowan, Palmer’s Artist-in-Residence and Organist, is Associate Professor and head of the organ program at the Shepherd School of Music at Rice University. He has also served on the organ faculty of Westminster Choir College of Rider University in Princeton, New Jersey.

Ken has recorded on the Pro Organo, JAV, and Etheral recording labels, and many of his recordings and live performances have been featured on NPR. He received a Master of Music degree and Artist Diploma from the Yale Institute of Sacred Music in New Haven, Connecticut, and his Bachelor of Music degree from the prestigious Curtis Institute of Music in Philadelphia, Pennsylvania. As a church musician, he has held posts as Artist-in-Residence and Organist at Saint Bartholomew’s Episcopal Church in New York City and as Assistant Organist at St. Clement’s Episcopal Church in Philadelphia.