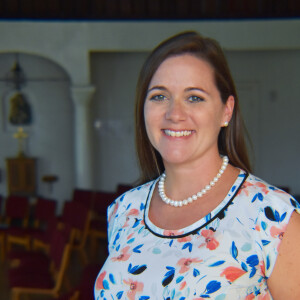 Tara McConathy moved to Houston with her new husband in 2005 after graduating with a degree in Communications from ULM. She worked as a project manager for a medical education company for 5 years and had her first child in 2009 before moving to Australia for her husband's job opportunity in 2010. There, she was a stay-at-home mom to her daughter and son, led an exercise group, and helped market her husband's chiropractic practice. In 2015 the family decided it was time to move back home. Upon moving back, Tara began working full time again at Baylor College of Medicine as a coordinator for the Division of Vascular surgery and then joined the Palmer staff in August 2016. She enjoys spending time with family, running and embroidering.