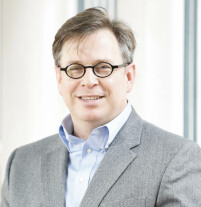 Dr. Brady Knapp is the Director of Music at Palmer Memorial Episcopal Church in Houston, TX, where he has overseen an active multi-generational music ministry since 1998. During Dr. Knapp’s tenure the Palmer choirs have been invited to sing for several national & regional music conferences including the American Choral Directors Association, Texas Choral Directors Association, American Guild of Organists, and the Anglican Association of Musicians. Dr. Knapp has led Palmer’s choirs on international and domestic tours, including choral residencies in the United Kingdom and the National Cathedral in Washington, DC.

Additionally, Dr. Knapp is Associate Professor & Chair of the Music Dept. at the University of St. Thomas in Houston where he coordinates the graduate and undergraduate degree programs. Dr. Knapp conducts the University Singers, leads UST’s opera workshop, and teaches studio voice. Under Dr. Knapp’s direction the University Singers ensemble has been featured on regional conventions for the Southwest Liturgical Conference and the Southern Association of Colleges and Schools, and broadcast on Radio Maria. Dr. Knapp’s choirs at UST and Palmer Episcopal have been recorded on the Gothic Records & Naxos labels, and his discography has been featured on NPR broadcasts over the last two decades.

Born in Alabama and raised in North Georgia, Dr. Knapp comes from a dedicated family of public school educators. He received the Master of Music and the Doctorate of Musical Arts from Rice University, and graduated with the Bachelor of Music from Vanderbilt University. In demand as a voice teacher, clinician, and conductor, Knapp has been invited to lead festivals, workshops, and masterclasses across the country. Before joining the UST faculty, Dr. Knapp served on the faculties of Sam Houston State University, Kenyon College, Rice University, and the Columbus School for Girls in Bexley, OH. As a baritone soloist Dr. Knapp has performed extensively in opera, oratorio, and recitals.