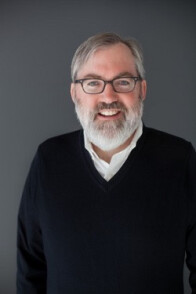 A native of the Old North State, I was baptized and my Christian faith was nurtured in the Moravian Church. It was during my college years that the words of the Book of Common Prayer and a desire to “worship the Lord in the beauty of holiness” drew me into the sacramental life of the Episcopal Church. They continue to do so even now in my ordained ministry as a presbyter — elder, priest, or pastor — within this corner of Christ’s vineyard.

My family and I live in the Rectory in West University Place. My wife Carrie works in administration across the street from the church at Rice University. She’s my best friend and a wonderful mother to our two sons. We also have three rescue dogs and one rescue cat in the household. Finally, a last bit of trivia: my father-in-law is a retired Episcopal priest here in Houston; my sister-in-law’s husband is an Episcopal priest in Aiken, South Carolina; and my brother-in-law is an Episcopal priest in Dallas, Texas (by way of Kapolei, Hawaii, and Wasilla, Alaska). No kidding.