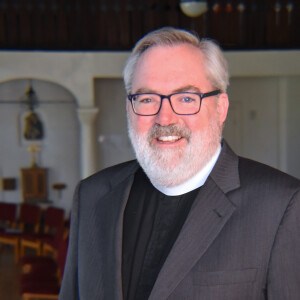 Neil is a native of North Carolina, where he was baptized and raised in the Moravian Church. He is a graduate of Wake Forest University and Yale Divinity School. Neil is married to Carrie, and they have two sons and two mixed-breed Labrador Retrievers.