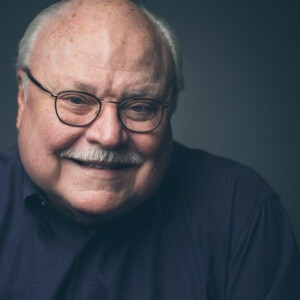 Professor of Composition and the C. W. Moores, Jr. Endowed Professor of Music in the Moores School of Music, University of Houston, and Composer-in-Residence at Houston’s Palmer Memorial Episcopal Church, earned degrees from the University of Houston (B.M. and M.M.) and the University of Texas at Austin (D.M.A.). He served as Director of the Moores School from 1999-2014. His secular and sacred compositions and commissions are widely performed and published. His recorded vocal and instrumental music appear on Zephyr--Echoes from the American Cathedral, St. Paul’s Choir, Houston, and The Blue Estuaries, Houston Chamber Choir. On the Gothic label is Praise the Spirit, Palmer Church Choir, containing anthems, motets, service music, and hymns. As you set out for Ithaka, on Albany, contains secular music performed by students and faculty from the Moores School. Most recent, and also on Gothic, is So the Night Fall, which features his music for Choral Evensong and Concert.

White’s hymns are in various denominational books, including The Hymnal 1982 (Episcopal), The United Methodist Hymnal, Great Britain’s Worship Songs Ancient and Modern, and Glory to God: The Presbyterian Hymnal. Selah Publishing Co. has published four volumes of his hymns, which encompass all his work in this genre to date.

A seventh-generation Texan, White was named Distinguished Composer by the American Guild of Organists for its national convention, held in Houston in June 2016. In April 2015, he received the Esther Farfel Award from the University of Houston, the university’s highest honor, in recognition of his teaching, creative work, and service, and in July 2015, he was awarded the Raabe Prize for Excellence in Sacred Composition for his choral composition, Spirit, Moving over Chaos, published by Selah and included on the CD, Praise the Spirit.