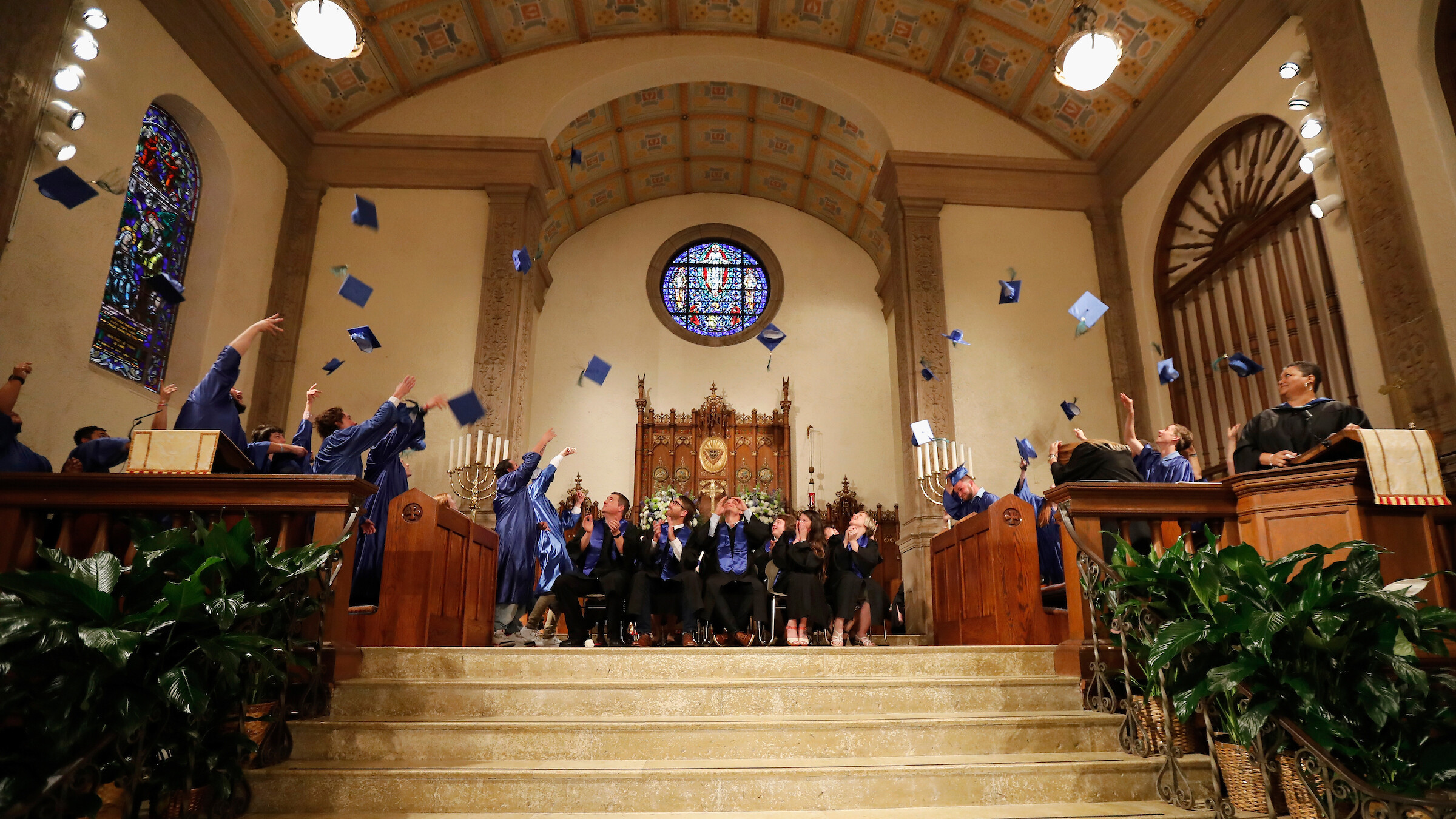 Palmer Church was the scene of joyful celebration May 26 as yet another class of Archway Academy seniors received their high school diplomas. Thirty-three young people were graduated from Archway in the company of hundreds of family members and friends who descended upon the campus to celebrate this most important milestone in their young lives. The invocation was given by the Rev. Elizabeth Parker, Palmer’s associate rector.

The graduates’ future plans include ongoing studies at institutions of higher learning around the state, including the University of Houston, Concordia University, St. Edwards, the Houston Institute of Arts and numerous community colleges.

“Our graduates overcame some of the biggest obstacles anyone can face in life,” said Sasha McLean, Archway’s executive director. “They built deep and lasting friendships, strong family bonds and a new self-confidence in their ability to achieve their most precious dreams.”

In the 2016-2017 school year more than 140 students attended Archway, which was founded in 2003 by concerned parents and addiction recovery experts who recognized the need for a school that would dedicate itself to supporting teens in recovery from drug and alcohol abuse or dependency. The school is dedicated to offering its students the opportunity to grow academically, emotionally, socially and spiritually by integrating the principles of recovery into daily education.

Like every year at Archway, the 2016-2017 study experience was augmented with college trips, career days, service work, mentor days and other recovery activities.

A special highlight of the year was the debut of Generation Found, a documentary film about adolescent recovery in the Houston area. Filmed onsite at Palmer and other Houston locations, Generation Found propelled communities across the country to take a deep look into the needs of teens and families. Currently, there are more than 15 recovery schools in the planning stages and Archway is committed to be a model and mentor.

For more information about Archway Academy, contact Sasha at , or Archway’s Director of Administration Sally Gulledge at