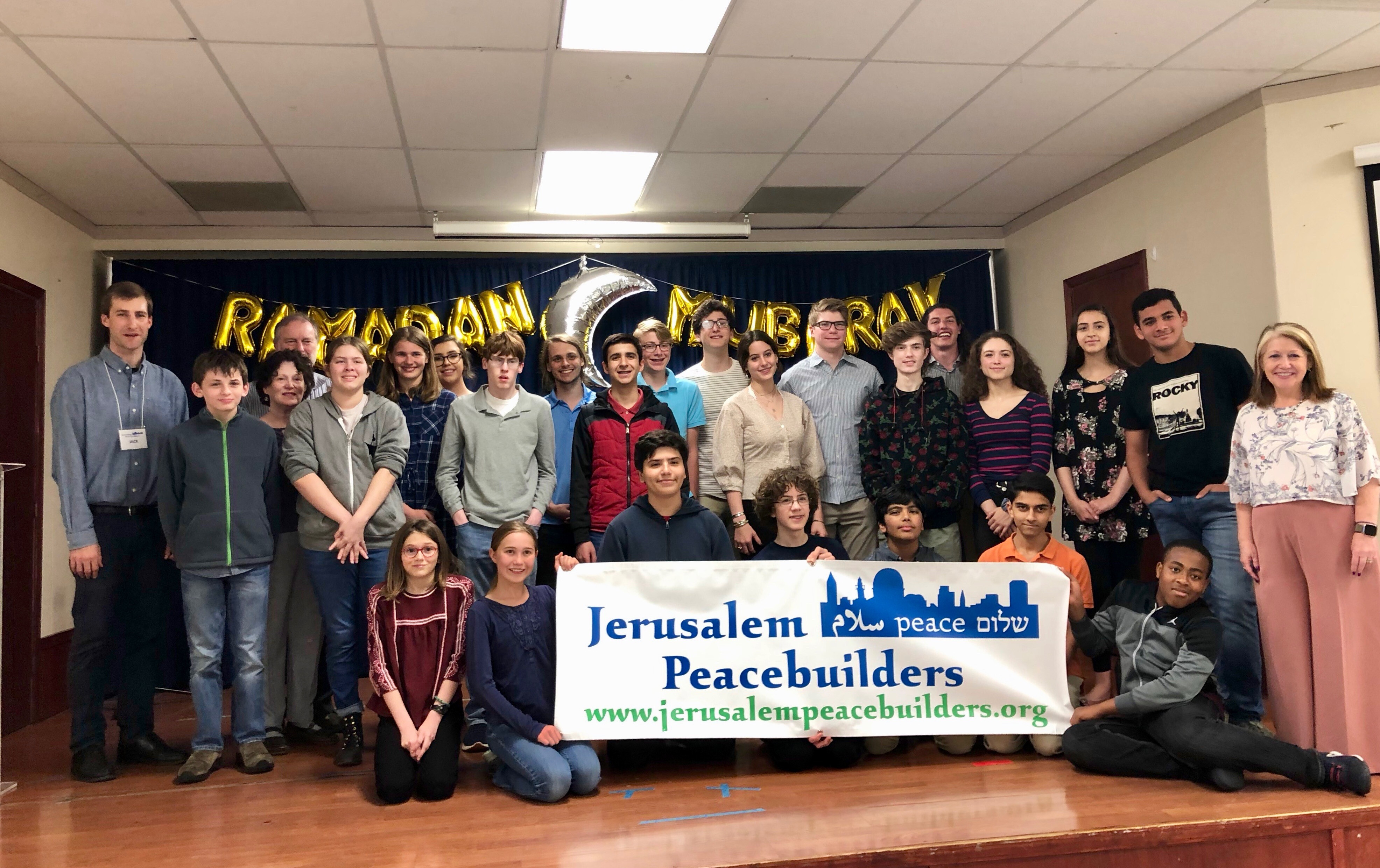 “Ramadan Mubarak!” or, “Happy Ramadan!” was the greeting that rang out Sunday evening, May 19, at the ILM Academy in West Houston as some twenty teenagers—Christian, Jewish and Muslim—worked, jostled, joked, and generally enjoyed getting to know each other better. Young people from Palmer Memorial Episcopal Church, the Houston Congregation for Reform Judaism, El Farouq Islamic Center, and ILM Academy took part.

The event was arranged through Jerusalem Peacebuilders (JPB), an interfaith non-profit organization that works for peace by promoting transformational, person-to-person encounters among the peoples of Jerusalem, the United States, and the Holy Land. According to Jack Karn, JPB’s program director, this was the fourth and final event of this kind for the current school year. Previously, the young people had visited the Houston Congregation for Reform Judaism, Christ Church Cathedral, The Beacon, and the Houston Food Bank. The ILM Academy is an Islamic school, adjacent to the El Farouq Islamic Center.

As Jack explains it, “The object here is to encourage the kids to step out of their comfort zone. They get a chance to know and to make friends with kids their own age whom they might not otherwise meet. They get to learn about each other’s faiths and work together on service projects that will benefit the whole Houston community.”

Case in point was the service project for the evening. The young people made sandwiches and distributed snack bars to fill 120 sandwich bags for the needy. A local organization called Food Not Bombs passes out the bags to homeless persons downtown. 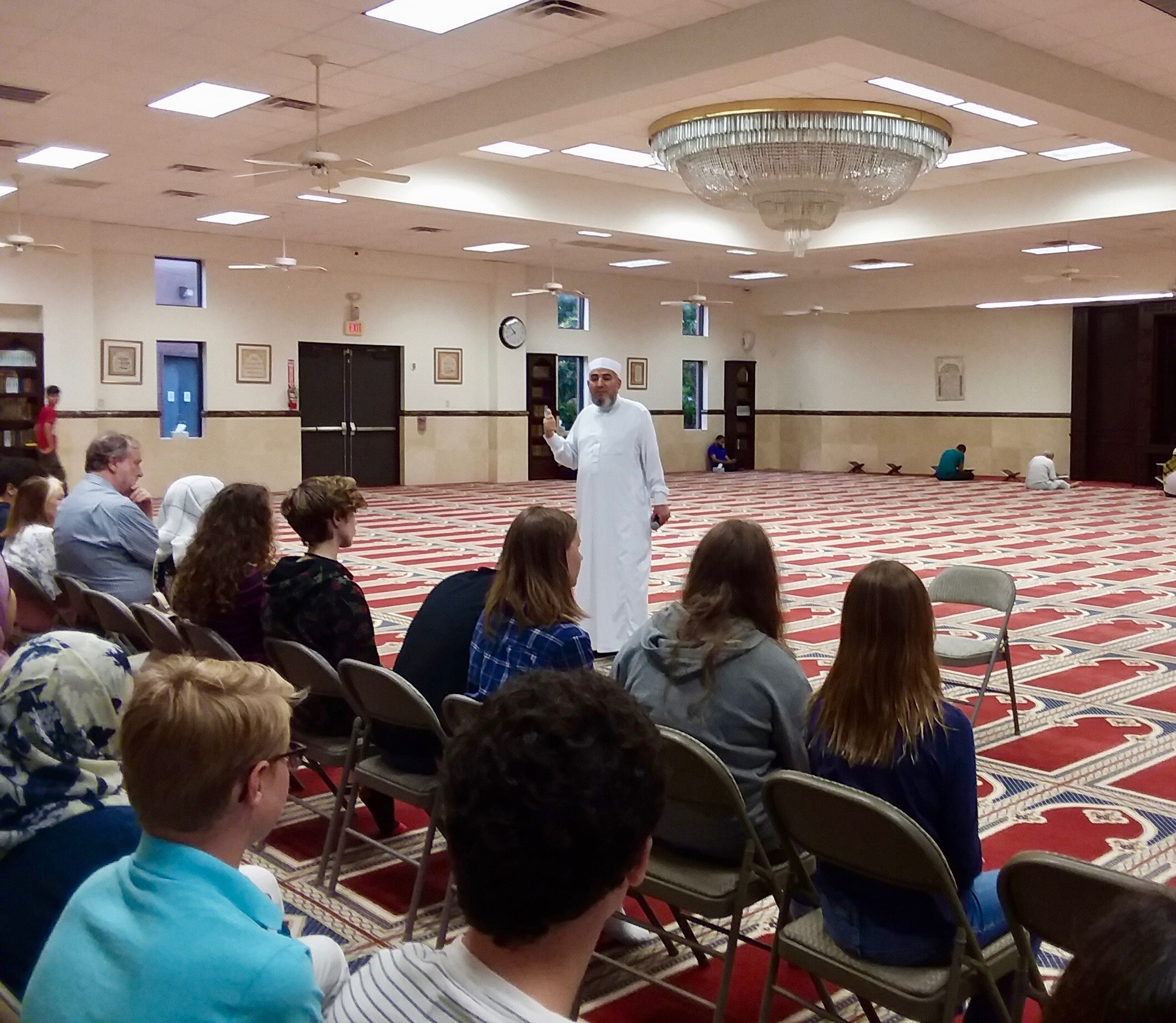 Next there was a presentation about the fundamentals of Islam. Under the direction of ILM’s principal, Zuhaira Razzack, and middle school teacher Maisa Meziou, the Muslim students instructed their Christian and Jewish peers on the basic principles of their faith. Of particular interest was the month-long celebration of Ramadan, which Muslims are currently observing.

Ramadan is something like the Christian Lent. For 30 days, devout Muslims abstain from food and drink from dawn to dusk and devote time to prayer and purification. After sunset, they gather with family and friends to break the fast and share fellowship. At the end of Ramadan there is a three-day festival that includes the exchange of gifts - something like Christmas. The evening included a visit to the mosque at the El Farouq Islamic Center, where the Christian and Jewish youth had a chance to hear from the imam and observe Muslims praying. By then, the time for obligatory fasting had passed, so the group returned to ILM Academy to enjoy a tasty meal provided by our Muslim hosts and to continue getting acquainted. 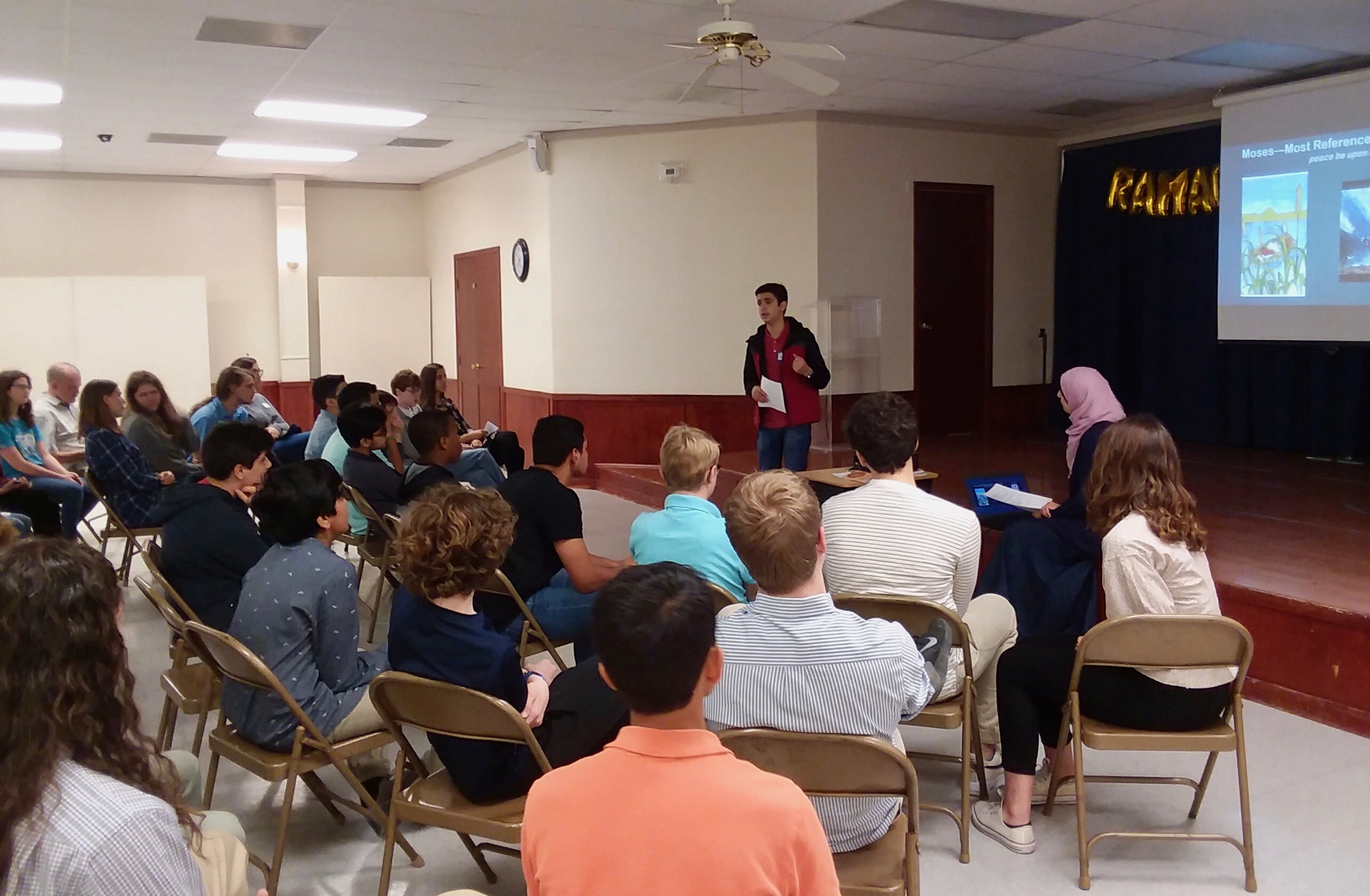 Thanks in part to the generosity of a faithful cadre of supporters and the donation of an office space at Palmer Memorial Episcopal Church, Jack Karn is already arranging new events to commence with the start of the 2019-2020 School Year. He sees the work of JPB as “incremental.” Bringing small groups of Jewish, Christian and Muslim youth together will not instantly create peace in a troubled world. But in the end, it is only by bringing people together on a personal level that real understanding, trust and friendship will flourish.

For more information about JPB and how to get involved in our interfaith programming, please visit our website (www.jerusalempeacebuilders.org) and contact JPB’s Program Director, Jack Karn ( ).